The legendary card game appeared on mobile platforms, now you can play cards on your gadgets, competing with friends and other people from all over the world via the Internet. The rules remained the same. Players need to get rid of all the cards in their hands faster than rivals. The player who wins will receive reasonable remuneration or any part of it, if the party was attended by more than two people. The maximum number of players in one hand up to six people. Bets in Durak Online are made through the game currency. The application includes a translation and flip variation of the game. 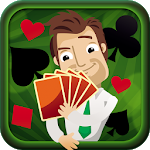 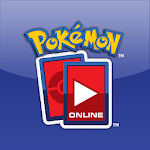