Enticing in its dizzying world of racing arcade toy, where users are waiting for crazy car battles. The game application has pixel retrography and cool soundtracks, which will certainly make oldfag gamers happy with pleasant memories of their first racing games on game consoles.

In Drive Ahead easy and intuitive control system, carried out with the help of several virtual buttons. Small in size levels are easily flipped on the screen of your device. The gameplay is a kind of spectacular battle without any restrictions in a special ring.

Combat vehicles are allowed to travel on the ground and unique iron structures, something resembling scales. The game goal Drive Ahead is to completely destroy enemy vehicles. Players can damage the opponent's car with precise blows with parts of their car, try to arrange an accident, throw the opponent out of the arena or drown. 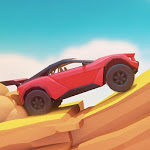 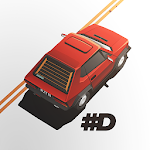