Sonic Dash - an exciting arcade game, in the center of the plot of which is a well-known and beloved character. Sonic is ready for new adventures. Together with him, the player has to go a long way, which will ultimately lead to victory. Collect rings and additional amplifiers with which you can significantly speed up the passage. The authors have prepared many magnificent locations that differ in atmosphere and opponents. The control mechanics will surprise many, since modern technology has been introduced here, which certainly deserves special attention. 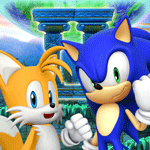 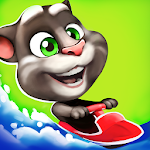