We offer gamers to evaluate the next mobile clone of the most popular shooter Counter Strike. Game application is a classic action. As in the good old toy Counter Strike, users must decide on the choice of team, play for special forces or terrorists, and immediately go into battle.

Duel in Forward Assault will continue until such time as one of the groups will not be defeated. Besides it is allowed to be engaged in installation of explosive devices, they have to be neutralized by group of special forces. Engage in dizzying battles and win victorious success, turning opponents into a sieve.

The control system is not yet perfect, requiring significant improvements, because beginners, even experienced gamers, it will be very difficult to master. Need to skillfully manage the fingers in order to carry out actions connected with the shooting, jumping and strife. Among the main advantages of Forward Assault can be noted stunning graphics effects that are not worse than in the multiplayer game Counter Strike. Try to destroy all opponents and become the best player. 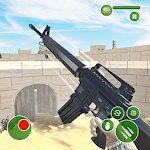 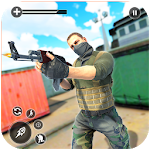 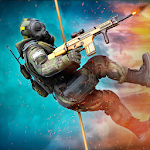