An exciting sequel to the most popular races, made in cartoon style. The main hero of this wonderful arcade is Newton bill, who decided to continue his dizzying journey, competing with the same racers as he. Now before the protagonist will be set very different tasks and a lot of complicated tests.

As in the previous part of the racing arcade, the main character will have to ride off-road, do not forget to keep the balance, so as not to overturn on his steel monster. Otherwise, the level will take place from the beginning. During the crazy ride in Hill Climb Racing 2 will need to collect gold coins.

As it was hoped, the new game version will make gamers happy completely new graphics and realistic physics. Locations in Hill Climb Racing 2 have also undergone significant changes, becoming more vivid and diverse, and the control system is much more sensitive and intuitive. 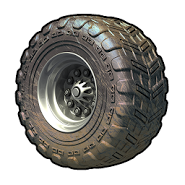 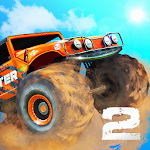 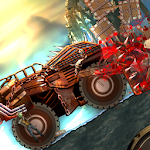