We offer gamers to play an interesting animated simulator for Android, in which they will have to take on the role of a funny character. Before the eyes of gamers will open a large sandbox world in which you can do whatever your heart desires.

Find in Dude Theft Auto: Open World Sandbox Simulator a variety of weapons and cooperate with dangerous gangs, making noisy robberies. Buy on illegally obtained money powerful guns and expensive sports cars. Try to create your mafia group and show everyone who is the boss in the city. 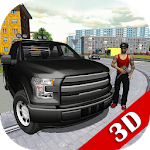 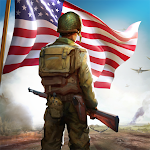